New Zealand’s Glenn Phillips will replace England wicketkeeper-batsman Jos Buttler in the Rajasthan Royals squad for the remainder of IPL 2021 to be held in the UAE, starting from September 19. 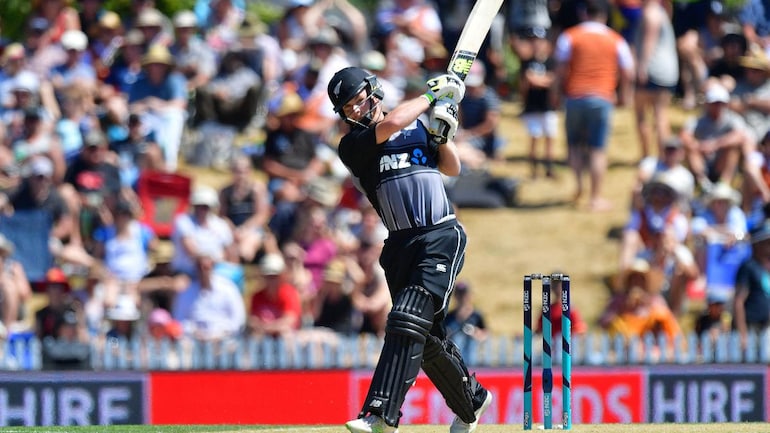 New Zealand’s Glenn Phillips will play for Rajasthan Royals in the remainder of IPL 2021 (Courtesy: AFP)

Rajasthan Royals on Saturday announced the signing of New Zealand’s Glenn Phillips, as a replacement for Jos Buttler for the remainder of IPL 2021 to be held in the UAE, starting from September 19.

The right-handed wicketkeeper-batsman from Auckland is currently part of the Barbados Royals franchise in the Caribbean Premier League (CPL).

The 24-year-old Phillips represents Auckland in New Zealand’s domestic cricket, and made his international debut for New Zealand during a bilateral T20I series against South Africa in 2017.

The top-order batsman has 506 runs to his name in 25 T20Is with a strike rate of 149.70, and has also been involved in various cricket leagues around the world, most recently in The Hundred and the CPL.

Jos Buttler won’t be available for the second leg of the IPL.

“Jos Buttler will not be part of the remainder of #IPL2021, as he and Louise are expecting a second child soon. We wish them well, and can’t wait for the newest member of the #RoyalsFamily,” the franchise tweeted.

Earlier, two other English players – Ben Stokes and Jofra Archer – were unavailable for the tournament this season.

England star all-rounder Ben Stokes has withdrawn from his side’s five-match Test series against India starting next week and will be taking an indefinite break from all cricket to focus on his mental well-being.

Jofra Archer has been ruled out for the rest of the year after a scan revealed that he has suffered a recurrence of a stress fracture of his right elbow; the fast bowler will miss the rest of the English summer as well as the remaining part of IPL 2021, T20 World Cup and the Ashes in Australia.

IPL 2021 had to be suspended in May after 29 games after multiple Covid-19 cases were reported in its bio-bubble. The rest of the games have been moved to the UAE from India.

Click here for IndiaToday.in’s complete coverage of the coronavirus pandemic.

Disclaimer: Our website name stands for News for Great Career. ngcassam.org is not related to any government body and certainly not related to Nogaon Girl College of Assam. The official website of Nogaon Girl College of Assam is http://nowgonggirlscollege.edu.in/. We do not claim to be any government body and we are just a news portal that covers various trending updates and stories. Read our disclaimer for more info. or any other query please contact us.