IPL 2021: Josh Hazlewood, who played only 3 matches for CSK last season, will be available to play for the 3-time champions in the remainder of the season, starting September 19 in the UAE. 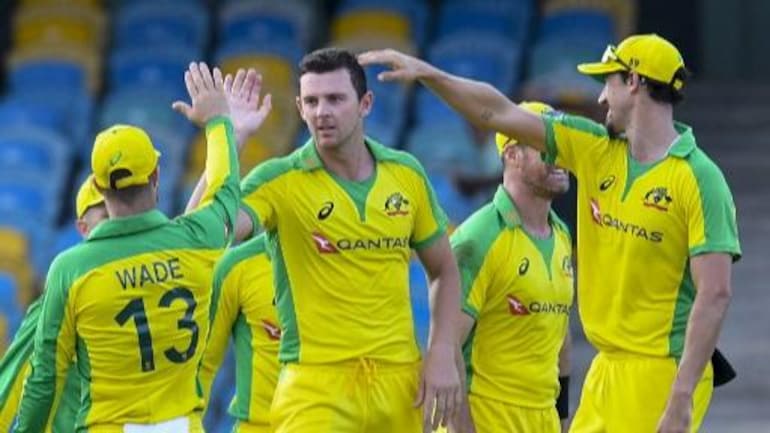 Chennai Super Kings on Saturday confirmed the availability of Josh Hazelwood for the remainder of the Indian Premier League (IPL) 2021 season. The Australian fast bowler did not take part in the earlier part of the season, which was suspended in May due to Covid-19 concerns.

Josh Hazelwood had cited personal reasons for pulling out of IPL 2021. In his absence, CSK roped in left-arm pacer Jason Behrendorff from Australia. However, he did not play a single game for the 3-time champions in IPL 2021.

Confirming the availability of Hazelwood, CSK CEO Kasi Viswanathan said the Australia pacer is a welcome addition to the team for the UAE leg, starting September 19. CSK resumed their campaign against defending champions Mumbai Indians in Dubai.

“Hazlewood has confirmed his availability for the second phase of IPL starting from September 19. The BCCI has confirmed that players who were not available in the first phase can join the respective teams in the second phase if they are fit and available. Considering Hazlewood’s form , he will be a great addition to our team,” Ksi Viswanathan said in a statement.

Notably, Chennai Super Kings were among the first teams to begin training in the UAE for the remainder of IPL 2021. MS Dhobil led a group of Indian players to Dubai where the team has been training. The likes of Suresh Rain, Robin Uthappa, Karn Sharma and Deepak Chahar are part of the training group.

CSK were at the 2nd spot of the 8-team IPL 2021 points table with 7 wins in 10 matches before the season was suspended. With a strong all-round unit at their disposal, the Chennai-based franchise will look to make a mark and reach the play-offs in the UAE.

Click here for IndiaToday.in’s complete coverage of the coronavirus pandemic.

Disclaimer: Our website name stands for News for Great Career. ngcassam.org is not related to any government body and certainly not related to Nogaon Girl College of Assam. The official website of Nogaon Girl College of Assam is http://nowgonggirlscollege.edu.in/. We do not claim to be any government body and we are just a news portal that covers various trending updates and stories. Read our disclaimer for more info. or any other query please contact us.